Hatred is a Poison! 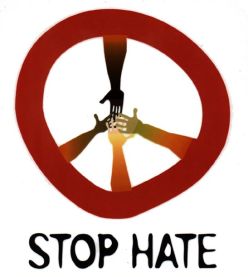 As the love is a powerful weapon of unity and friendship, hatred is of disarray and animosity. Love and affection can change a bitter and blood-thirsty enemy into a warm and loyal friend, and hatred and loathing can convert a trustworthy and faithful friend into an acrimonious and hostile opponent.

The human experience is testimony to this point; that hate can do no good, but unfortunately, we still find hatred in our societies. More worryingly, it is increasing very rapidly and constantly amongst different societies, communities, nations, countries, religions and ideologies.

In some countries, it has spread so wildly that people don’t even think twice before killing the people who disagree with their ideology or faith. Two recent incidents in which members of the Hazara community were killed in Quetta, Pakistan are clear examples to prove this argument. In January, more than 100 Hazara Shiites were  killed as a result of two consecutive bomb blasts and on 16 February, once again, the Shiite community was targeted leaving nearly 100 Shiites dead and another 100 injured. The victims were mostly innocent women and children and according to reports, more than 1000 kilograms of explosives were used.

I think it was not only explosive material, but also a hatred substance which boiled and resulted in the death of innocent people. It was the result of the seeds of hatred sown by the people of Pakistan and their leaders throughout the years; which had affected the entire fabric of the society. Now, there is no one who can claim safety and security.

Hate against Christians, Hindus and even Muslims — like the Shiites and Ahmadis — thrives on Pakistani walls and streets. Mega size banners, billboards, graffiti and hours-long fiery sermons calling for ”death of the infidel” are no secret. Pamphlets inciting hatred and violence against other religious groups are openly and widely published and distributed throughout the country.

Such extremists are openly known, but they are feared by the state and their atrocities are allowed to continue. They are forcing their beliefs and ideology on others; they want to force Christians, Hindus and even other Muslim denominations to believe in their brand of religion. They have thrown away every shred of decency, kindness, human right, respect, soft-heartedness and civility, and have adopted rigidness, extremism, violence, bloodshed, intolerance and stern behaviour for others instead.

Freedom of having an opinion, ideology or religion is a fundamental human right. The Universal Declaration of Human Rights’ article 18 clearly states that: ‘Everyone has the right to freedom of thought, conscience and religion; this right includes freedom to change his religion or belief, and freedom, either alone or in community with others and in public or private, to manifest his religion or belief in teaching, practice, worship and observance.’

Islam also believes in this freedom and declares that ‘there is no compulsion in religion’. Moreover, the killing of any human being is mentioned in the Quran as a grave crime. It states:

These declarations categorically condemn such action of Muslims who force others in the matters of religion. If they force others to believe in their faith, or use violence against those who denounce their faith, or impose their ideology on other denomination, all such acts are condemnable as grave crimes.

Unfortunately, this hatred is not limited to Pakistan alone, but is now spreading throughout the world and many societies and individuals are becoming victims of this hate. I am afraid that if this hate is not stopped, it may ruin the peace of the entire world.

A universal effort is required to sweep out this hatred once and for all. We need to raise awareness as to the dangerous consequences of this kind of hate; we need to speak out that hatred is a poison which is ruing our societies; we need to stand up and be counted for the cause of love and affection, and against atrocities fuelled by hatred. Time demands of all of us to extend the message of love for all and hatred for none across the world.

I shall conclude with a quote by Martin Luther King, who very rightly describes love as the remedy to this hate. He says: 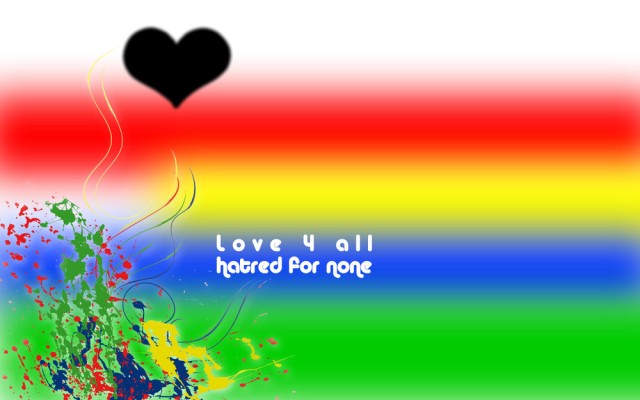