Ramadan – a Muslim month of fasting, sacrifice, prayers and self-purification 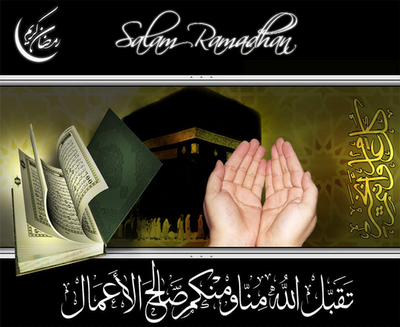 Who can understand the importance of food and water more than those who have ever passed through hunger, thirst or any kind of famine during their life time? The month of Ramadan is also an exercise for having such hard and difficult experiences. And these experiences, at one side provide opportunity to reform the spirituality and to increase in the love of God, on the other, they are also a time to understand the sufferings and problems of those who do not have sufficient food or water for their life; and to develop great feelings for the vulnerable and destitute people of this planet. Indeed, the Ramadan is a clear understanding of the two basic principles of Islam – rights of God and rights of people.

It is obligatory for Muslims to fast one month every year in the month of Ramadan. The Holy Quran states: “O ye who believe, fasting is prescribed for you during a fixed number of days as it was prescribed for those before you, so that you may safeguard yourselves against every kind of ill and become righteous.”

The true purpose of Ramadan, as of all forms of Islamic worship, is to draw people closer to Allah and closer to mankind. Though normal pursuits and occupations are carried on as usual, the emphasis on moral and spiritual values and concentration on them are intensified, and everything is subordinated to the main purpose. The hearing, the sight, the tongue, the mind are all under stricter control. For instance, not only vain talk, but much talk is also eschewed, so that there should be greater concentration on remembrance of Allah and reflection upon His attributes.

“The prescribed fasting is for a fixed number of days, but whoso among you is sick or is on a journey shall fast the same number of other days; and for those who are able to fast only with great difficulty is an expiation — the feeding of a poor man. It is better if one performs a good deed with heart-felt pleasure and in obedience. If you possess knowledge, you would appreciate that fasting is better for you.”

According to one Hadith, the Holy Prophet saw said that in addition to one’s spiritual development, fasting is necessary for our physical health as well which is confirmed by today’s science and the physicians.

Therefore every Muslim should first keep this in mind that fasting has been prescribed for the sake of Taqwa and rigor is necessary to attain Taqwa. Sacrifice in the path of God is necessary for attaining His pleasure. We should take advantage of the exemptions that Allah the Exalted has granted us as a favor looking at our condition and inabilities but should not exceed the limits.

The Promised Messiah as, the Founder of Ahmadiyya Community said:

“The one, whose heart looks forward to Ramadan so he could fast, will not be deprived of the (blessings of) fast in the heaven if an ailment prevents him from fasting in Ramadan. There are many people in this world who are used to making excuses and think that they would be able to deceive God the way they deceive other people in the world. The ones who are accustomed to making excuses look for issues and add other tangential details to justify themselves, but they are not justified before God the Exalted. As far as the ancillary discussions are considered, they could go on forever. If one desires, one could offer salat in sitting position for his entire life and never keep fast, but God is aware of everyone’s intentions. God the Exalted knows the one who has a pure heart, and He rewards him more as He appreciates the heartfelt pain. The people who make excuses depend on self-concocted justifications but these explanations have no value before God the Exalted.”

Fasting in Islam begins everywhere at the first appearance of dawn, and ends with sunset. During this period one is expected to abstain from all food and drink completely.

It is not just physical hunger and thirst that constitute the Muslim fast, but the nights prior to the beginning of the fast acquire a far more important character and play a central role in the institution of fasting. The Muslims wake up many hours before dawn for individual prayer and the remembrance of God.

Also the Holy Quran is recited in every Muslim house much more than in ordinary days. A greater part of the night is thus spent in spiritual exercises which make up the very essence of fasting. During the day, apart from restraining oneself from food and water, all Muslims are particularly exhorted to avoid vain talk, quarrels and fights, or any such occupation as is below the dignity of a true believer.

In Islam, alms-giving and care for the destitute is so highly emphasised that it becomes part of a Muslim’s daily life. However when it comes to Ramadan, the month of fasting, Muslims are required to redouble their efforts in this field. It is reported of the Holy Prophet that spending in the cause of the poor was a routine daily practice with him which has been likened unto a breeze, never ceasing to bring comfort and solace to the needy. However during Ramadan, the reporters of the Ahadith – the sayings of the Holy Prophet (Peace be on him) – remind us that the breeze seemed to pick up speed and began to blow like strong winds. Alms-giving and care for the destitute are so highly emphasised, that in no period during the year do Muslims engage in such philanthropic purposes as they do during the month of Ramadan.

The institution of fasting is extremely important because it cultivates the believer in almost every area of his spiritual life. Among other things, he learns through personal experience about what hunger, poverty, loneliness and discomfort mean to the less fortunate sections of society. Abstention from even such practices during the month of Ramadan as are permissible in everyday life plays a constructive role in refining the human character.

May Allah the Exalted help us to benefit the most from the blessings, bounties and favours of Ramadan, and may He forgive us all our sins and may He accept all our prayers. Ameen