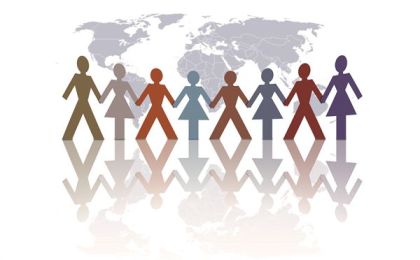 The world has emerged as a global village and the means of communication and transportation have made it such a reality of the contemporary times that one cannot deny. Today, people frequently and easily travel from one place to the other and many are settling in different countries.

Migration is a phenomenon, and not only human beings but also other creatures, such as birds, go from one place to another due to certain circumstances.

Bird migration is also the regular seasonal journey undertaken by many species. Bird movements are mostly motivated by a search for food and changes in the weather. Human activities have also threatened many migratory bird species and many birds migrate due to hunting and killing threats.

Some birds fly short distances but others go further. About 1,800 of the world’s 10,000 bird species are long-distance migrants. According to the National Geographic, the Sooty shearwaters fly over 64,000 kilometres a year – from New Zealand to the North Pacific Ocean – every summer in search of food, the longest migration of birds ever recorded.

I say this to sustain my point that migration has become an undeniable reality and that creatures travel from one place to the other for certain reasons.

Human migration is no different. Human beings also migrate in search of a good future, to settle down or to improve their businesses. Some migrate to escape hardships in their countries, to escape tyrannical rulers or to run away from religious persecution, just to name a few reasons.

Last month, I had the opportunity to attend a very interesting and informative networking conference organised by SOS Malta, which encouraged me to write about integration.

The subject of integration is not only related to illegal immigrants but it also applies to those living in a foreign country legally. I shall focus on the legal migrants.

In September 2006, the 132 member states that participated in the UN General Assembly reaffirmed that migration could make a positive contribution to development in countries of origin and in countries of destination. They emphasised the need to respect the fundamental rights of the migrants and also recognised the importance of strengthening international cooperation.

I believe that integration is not only possible but is highly essential for the betterment and progress of a society, a country and the world at large. But to me it is a two-way process and all the stakeholders need to work on two levels: rights and responsibilities.

Migrants have a right to have their human dignity respected. They should be treated in a humane and respectful manner with equity and justice. Their fundamental human rights should be honoured and their culture, traditions and religion should also be recognised and respected.

As far as the responsibilities of the migrants go, they must make sure that they remain fully loyal and faithful to the country they have migrated to. They should always abide by the laws of the land. The culture, traditions, customs and religion of the host country should likewise be respected.

The migrants should try to make a contribution towards the progress and betterment of the country where they settle. They should also serve society and the country through their abilities, capabilities and skills. And they must be willing to integrate and to adopt all of the good things the country has to offer.

Moreover, a bond of love and mutual respect of each other’s human dignity should remain the main focus and aim of both the migrants and the society welcoming them.

As we say in Maltese, both sides must work id f’id (closely) to strengthen the economy and ensure growth for the country. And, rather than becoming a burden on the society and the economy of the adoptive country, migrants should offer their support and should step forward to contribute. I think that if both the host society and the migrants work in this spirit the outcome would be positive and would contribute a lot to the good of the country.

This article is not meant to promote migration but, rather, to highlight the points and aspects that can be helpful for the better integration of migrants and that can be useful for the progress of a country.

Kofi Anna very nicely summed up the human values and the dignity that we all share when he said: “We may have different religions, different languages, different coloured skin, but we all belong to one human race. We all share the same basic values”.

Where the interests of the country are at stake, then all citizens should work together for the betterment of the nation.

I believe that for integration to be successful, it is necessary to believe that the country one is living in is one’s own and so strive so that it would succeed.

One’s relationship should be with the country and not just with individuals. One must work and desire the best for the country at large. This is true and effective integration.

The author is president of Ahmadiyya Muslim Jamaat Malta.  amjmalta@gmail.com