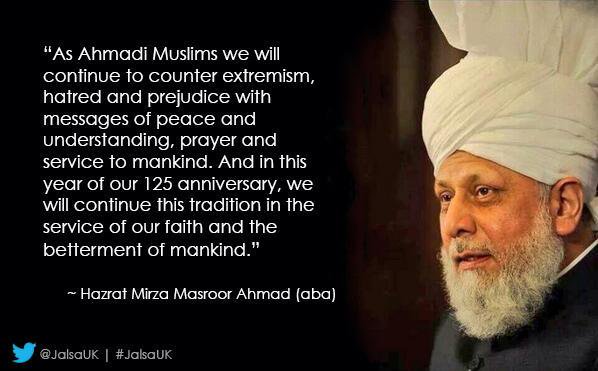 The World Head of the Ahmadiyya Muslim Community, the Fifth Khalifa (Caliph), His Holiness, Hazrat Mirza Masroor Ahmad has strongly condemned the terrorist attack that took place yesterday at the Gulshan-e-Iqbal Park in Lahore.

“On behalf of the Ahmadiyya Muslim Community worldwide, I express my deepest sympathies and condolences to all those affected by the terrorist attack in Lahore yesterday in which many Christians and Muslims lost their lives.

We can only be shocked and distraught by the brutality and disregard for human life, whereby many of the victims were entirely defenceless women and children. Never can such attacks be justified in any shape or form and so all forms of terrorism and extremism must be condemned in the strongest possible terms.

May Allah the Almighty grant patience to those who have been left bereaved or affected in any way and may He bestow His Grace and Mercy on all those who have lost their lives. May He also grant a full and swift recovery to the hundreds of people who were injured.”