Why more people turn to drugs? 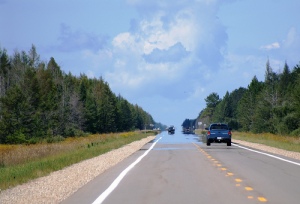 From the Archives: Source/Credit: The Times of Malta, Wednesday, October 6, 2010, by Laiq Ahmed Atif

In the contemporary world, man, as a whole, has reached a high standard of achievement in material progress. Human society, no doubt, is benefiting from the fruits of today’s scientific progress. The rays of this progress have reached far and enlightened the darkest areas of the world. Nevertheless, man is not happy and content. Moreover, the world of today is riddled with a large number of problems.

Drug misuse is a massive problem facing the world today. Children are losing their lives, dreams and future to drugs. Countless homes have been wrecked and drug-related crimes are destroying families and ruining the social fabric of communities.

A recent study in the UK shows that parents worry more about their children taking drugs than possessing knives or guns. Four in 10 parents said drug use is their biggest fear for their youngsters, 10 times as many as those who say they are concerned about their children carrying weapons (4.7 per cent).

Governments are spending big amounts of money in tackling drug misuse and fighting the war on drugs.

But, they do not seem to be winning this fighting because, worryingly, the number of people turning to drugs is dramatically rising. The fact is that the demand for illicit drugs has risen and is rising sharply. More and more people than ever before are taking drugs.

The question arises: Why are people increasingly turning to drugs?

According to various drug-related studies, people normally take drugs for one of the following reasons: deprivation and unemployment, emotional and physical abuse, trauma, pain, stress, boredom, peer pressure, curiosity, wanting to experiment with something new, addiction and the easy availability and cheap price of certain drugs. And the prevailing economic depression is another contributory factor for more people to turn to drugs and gambling and, thus, lead to further crime in society.

While the above explanations may all be valid, what they illustrate is that many people use drugs because there is a void in their lives. A person encountering problems, stress, trauma or even abuse in life turns to drugs as a type of escape boat, something to remove one’s anxieties and depression.

Drugs provide a kind of temporary life raft, a relaxing and pleasurable “trip” to run away from the harsh realities of life. In times of need, a person may turn to drugs as a remedy for one’s ailments.

But, in reality, all the above reasons in favour of drugs are like a mirage in a desert, where the thirsty one thinks there is water until, when he comes to it, he finds it to be just an illusion. Drug addicts also think that drugs could quench their thirst but drugs are no more than a mirage in a desert.

If we ponder over the problem, we find that man is lacking trust and faith in God and when there is no trust in God then man tries to find relaxation through the drugs. Unfortunately, the reality is that, even in drugs, man does not find either solace or satisfaction.

What leads one to be happy and to find satisfaction and lasting peace of mind?

This is a great and extremely natural truth. The more the people of the world seek the paltry goods of this life, the greater becomes the hunger and the consequent burning of their hearts.

But those who seek God, the more they turn to Him, the greater is their peace of mind. This shows that the search for God is the innermost yearning of human nature and the real goal of man’s life. When that goal is attained man begins to enjoy perfect peace of mind for then he rests, as it were, in the very lap of the all knowing and all powerful God, maker and controller of the universe. If only the people of the world would realise this great secret of happiness!

Drug addiction does not only ruin someone’s life but it also ruins children, families and societies. And, moreover, it becomes a social and international crime, which disrupts all society.

Drugs cause hatred and enmity among people, leading to murder, violence, immoral behaviour etc. and, finally, pushing man away from the Creator.

Drugs cause mental and physical damage, are the cause of many crimes and lead to addiction and serious health issues.

Instead, one ought to establish a close relationship with God, ask for His mercy, seek His help to fulfil every desire and look for inspiration from Him alone. God, the Creator of the universe and everything in it, can surely remove all the depression, misery and suffering.

May God save the world from the threat of the misuse of drugs and may the world become a place of lasting peace. Read original article in The Times of Malta:

amjmalta@gmail.com The author is president of Ahmadiyya Muslim Jamaat Malta.