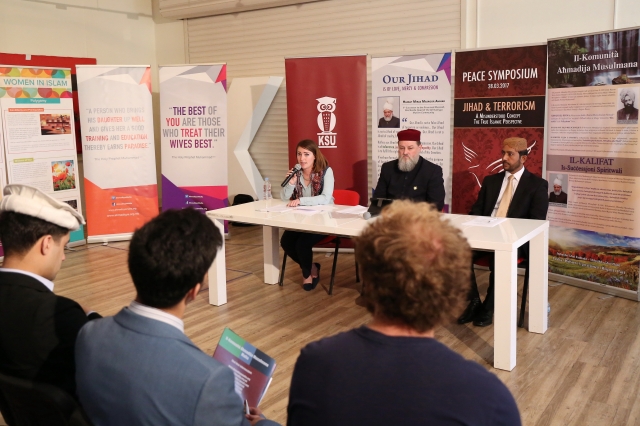 The Ahmadiyya Muslim Community Malta, in collaboration with KSU (university student council), held an exhibition about the Holy Quran and the annual Peace Symposium titled “Jihad & Terrorism” in the KSU Common Room, at the University of Malta, on 28th March 2017. Around 50 Roll-Up Banners with the teachings of the Holy Quran, on different subjects, were also exhibited.

In her welcoming speech Ms. Steph Dalli, President KSU, spoke about multiculturalism and diversity and said, “Diversity enriches our societies and communities, and provides ample opportunities of sharing and learning from each other. The motto of the Ahmadiyya Muslim community, ‘Love for all, Hatred for none’ is very inspiring and indeed is the essence for achieving the milestone and shared objective which is peace.”

First Irish Imam Ibrahim Noonan – who was invited for the peace symposium – said that, “When I look at the Quranic teachings, I see no room for terrorism in Islam. The Holy Quran states, ‘This [Quran] is a perfect Book; there is no doubt in it; it is guidance for the righteous (2:3).’ The word Taqwa which is used in this verse means righteousness, God fearing, God-consciousness, piety, virtues and abstaining from evil. This word has been used through the Quran repeatedly advising Muslims to always act upon righteousness and abstain from evil. So, a true Muslim cannot be extremist or terrorist. My own teacher had told that just as fire and water cannot live together, so is it impossible for a true Muslim to be a terrorist.”

Laiq Ahmed Atif, President of Ahmadiyya Muslim Community Malta, explained the true meaning of Jihad and said, “The root of the Arabic word Jihad is Jahada meaning to struggle and to strive. Thus Jihad means to strive to the utmost for the achievement of a purpose and to leave nothing undone in acquirement of it. According to the Holy Prophet Muhammad – the founder of Islam, peace be on him, there are three main categories of Jihad.

First: The Jihad that is waged against oneself; to fight against egoism, false sense of pride, arrogance and mischief; and for the self-purification. In Islamic terminology it is called the Jihad-e-Akbar – meaning the greatest Jihad.

Second: The Jihad to preach the word of God through the Holy Quran and is called the Jihad-e-Kabeer, meaning the great Jihad.

Third: The Jihad that is waged against the enemy of freedom of conscious, and in self-defence. This is called the Jihad-e-Asghar – meaning the lesser Jihad.” 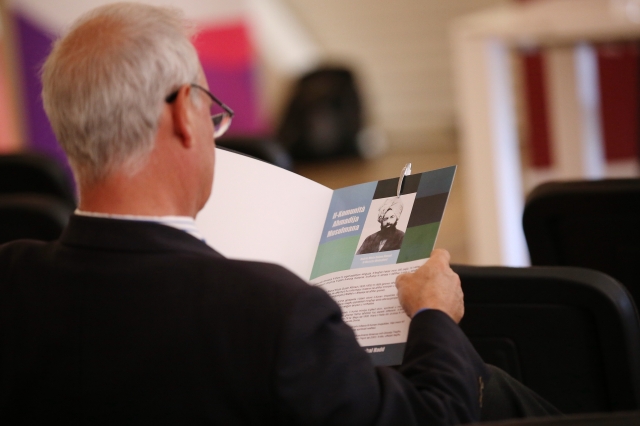 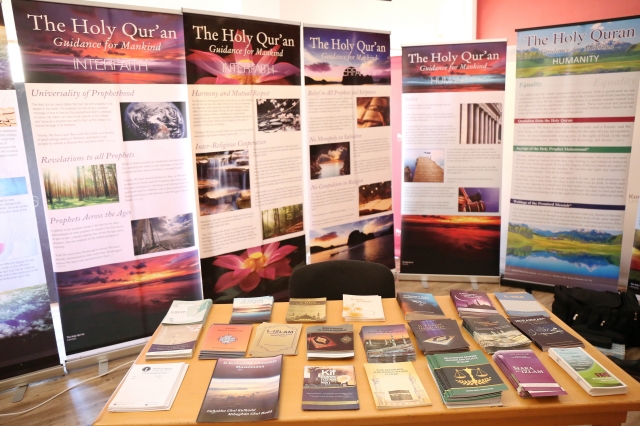