By the grace of Almighty Allah, the Ahmadiyya Muslim Jamaat Malta successfully organised its 3rd Jalsa Salana on Sunday, 13th October 2019, at the ‘Ċentru Familja Mqaddsa’ Msida. The convention was held in two sessions. 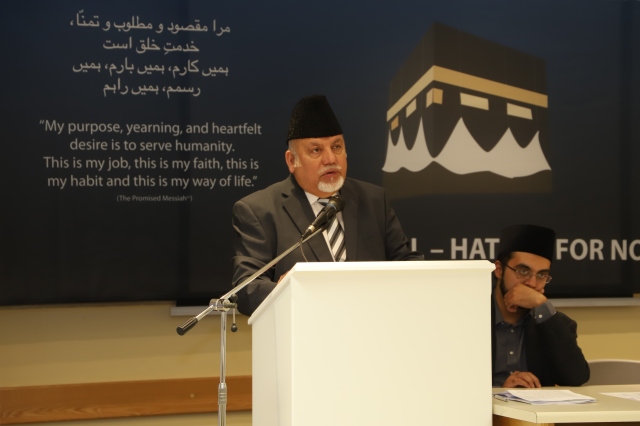 This was followed by a speech by Abdullah Wally Sahib in English about the subject, “Does God Exist?” The next speech was in Urdu by Imam Attaul Wasih Tariq Sahib, Mubaligh in-Charge and vice President Jamaat Italy on, “Salient Aspects of the Companions of the Holy Prophetsa”. Then, Haroon Khan Sahib spoke in English on “Khilafat: A Divine Institution”.

Imam Laiq Ahmed Atif, President Ahmadiyya Muslim Jamaat Malta then delivered a speech on “Holy Prophet Muhammadsa’s Devotion in Worship” in Urdu. Then, Yusuf Mohammad Bala Sahib, Secretary Tarbiyyat Jamaat Malta, spoke on the subject “What it Means to be an Ahmadi-Muslim?” in English. 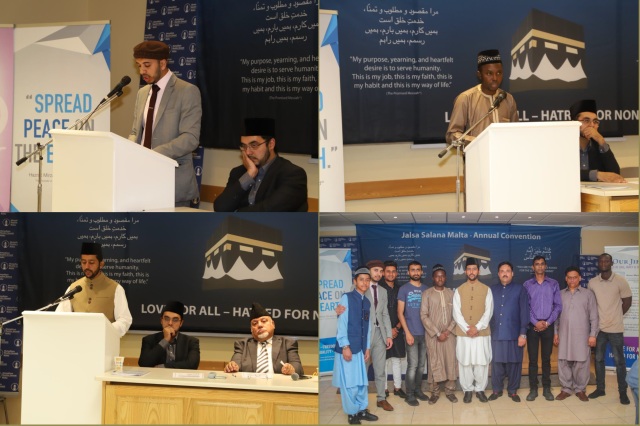 The last speech of the session was by Imam Abdul Basit Tariq Sahib, Mubaligh Silsila Germany, on “Evils of this Age and Ways of Attaining a Pure Life” in Urdu. Imam Sahib very comprehensively and effectively educated the gathering about the ways of attaining a pure life and to avoid all ills. This session was concluded with a silent prayer.