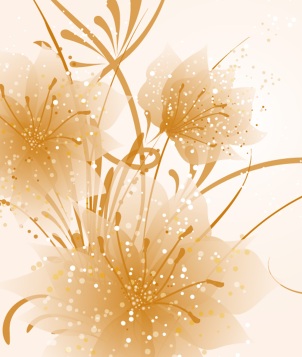 A debate on the wearing of the burqa in public places erupted in this country recently and many people from different segments of society commented and aired their opinions.

The subject of ‘veil’ and, particularly, ‘the Islamic veil’ hits the headlines from time to time. Often, the arguments made against the ‘Islamic veil’ or against the ‘burqa’ are the same: security, oppression, women’s dignity, cultural identity and so on.

To start with, the wearing of a veil is not unique to Islam and extraneous to the West. A veil, hijab or some head covering is a form of religious duty found universally in the world religions, societies and traditions.

Although there are vast differences regarding the mode of using a veil and the conditions applied to it, the central idea is everywhere. Where it is not mentioned clearly, it is likely that it may gradually have either been discontinued or the practice gradually faded away.

The Holy Bible also treats the wearing of veil as an inherently righteous undertaking). The Virgin Mary is often depicted in works of art with her head covered. In fact, for a time it was compulsory for Catholic women to have a headscarf while attending church service. Today, Christian nuns and Amish women continue to cover their heads.

In Islam, the veil signifies modesty and is a means of dignity, honour and protection. The requirement of using a veil is not intended to imprison a woman or render her susceptible to male dominance. Rather, it is intended to enhance her God-given faculties.

What the Holy Quran directs is that women should avoid displaying their beauty and should not look at strange men. Those women who have to go out to fulfil their responsibilities may do so but they must guard their glances.

Similarly, for men, the Holy Quran also adopts an excellent position in this regard and says: “Say to the believing men that they restrain their eyes and guard their private parts. This is the act through which they will attain purification.”

The Islamic injunction that men and women should both restrain themselves in certain ways aims at safeguarding them against slipping, stumbling and be disposed towards vices and evils.

Another purpose of the veil is to protect women from unwarranted harm and safeguard their dignity and honour.

Islam advises women to take protective measures and says: “They should pull down upon them their outer cloaks from their heads over their faces. That is more likely that they may thus be recognised and not molested.”

Therefore, the veil is a physically-manifested barrier to unwarranted harassment. It is not a disgrace or a hindrance for a woman.

On the contrary, it honours her and frees her from the bondage of society and the obstacles that prevent her intellectual, moral and spiritual advancement.

Indeed, by electing to safeguard herself and her virtues, a woman protects society from social evils such as adultery, spread of disease, children born out of wedlock, rape and divorce.

As far as the issue of freedom and equality of Muslim women is concerned, a multitude of Quranic references attest to a woman’s equality to man. For example, the Quran unequivocally explains that men and women belong to the same species and possess identical aptitudes and propensities.

Islam also attributes great importance to the kind manner in which women should be treated and the Quran advises to “consort with them in kindness”.

Prophet Muhammad admonished: “The best of you is he who behaves best towards the members of his family”… “Paradise lies at the feet of your mothers”… “He who brings up his daughters well, and makes no distinction between them and his sons, will enter in Paradise.”

The observance of the veil is a religious duty for Muslim women, however, it should be observed with wisdom and moderation as Prophet Muhammad said: “In all things, moderation is best.”

The variations of the dress are purely cultural. Which style a Muslim woman chooses to wear depends on tradition and cultural variation.

It is true that some Muslim men and even governments insist that women cover themselves from head to toe at all costs and, sometimes, there is also oppression and compulsion in this regard.

There are many sad stories about husbands, fathers or so-called leaders abusing and even murdering women because they were not covered enough. All such actions are completely wrong. This is oppression and not Islamic.

I think it is the foremost duty of religious leaders to educate their people positively and effectively through wisdom and moderation and also to provide them with the correct understanding of matters of a religious manner.

The veil does not prevent communication. Technological advances have made it easier for society to communicate virtually without ‘face-to-face’ dialogue. The face has never been the only essential tool for effective communication.

Religious and political leaders can communicate effectively with the public via the radio just as they can in person. Similarly, a Muslim woman can effectively communicate with others even while wearing her veil.

Quite obviously, it is the substance of what is said that counts more than the appearance of who said it.

With regard to the issue of security, as a true Muslim I believe that national security should be given foremost importance and it should not be compromised at any cost and for any reason whatsoever. However, it is equally necessary to analyse whether the veil is truly a hindrance to national security.

To my understanding, most of the extremist and suicidal attacks reported were committed by individuals who were not wearing a veil.

Moreover, for security reasons, the civil authorities have both the right and the duty to check the identification of the person wearing a veil and Muslim women should abide by any security instructions issued and are in duty bound to willingly identify themselves.

This is also their religious duty: to cooperate with the civil authorities and to assist them in maintaining peace and security within a country.

Prophet Muhammad instructed all Muslims that the “love of one’s country of residence is part of faith”.  The Times: