Freedom of speech and expression is one of the core principles of any progressive and democratic society. However, in the very noisy and distracting social media era – where in a matter of minutes, like wildfire, the tweets and posts are spread far and wide – sometimes they are in the form of hate speech, which are followed by equally painful comments that leave horrific and interminable marks in the memory of those affected by such statements and remarks.

The nonsensical and idle talk or writing sometimes becomes so perilous that it creates social unrest, depression, restlessness, enmity and disorder. People’s lives, work, productivity, health and family are affected negatively. It is also a reality that sometimes such damaging remarks lead to suicidal attempts.

Recently, President Marie-Louise Coleiro Preca, highlighted this matter during a meeting of the non-executive EU presidents of the Arraiolos Group, held in Latvia.

She said: “With the call for freedom of speech we are sometimes fed fake news and misinformation. The ‘weaponisation’ of the media is a reality, often leading to misinformation and hate speech, creating social tensions and stress.”

I believe that the responsible usage of all the available mediums to express oneself is crucial for a healthy, peaceful and progressive society. It is not forbidden to take advantage of new inventions but their wrong use makes them harmful.

During his life, the Holy Prophet Muhammad laid down, in just a few words, a golden principle that is remarkably relevant to this issue. He said that “a person should desire for others whatever he desires for himself”. I believe that this timeless principle is as true today as it ever was in the past.

Certainly, every person craves good standing in their community and the respect of others.

Every person desires love and care for his sentiments and feelings. Moreover, nobody likes for himself any outrageous remark, hate speech or injurious comment.

I fail to understand then, why people show insensitivity towards others when they express themselves? Aren’t all people having the similar hearts, feelings and sentiments?

The syndrome of hate speech, vain talk and futile practices has become so widespread that people do not even take notice of them until the situation really worsens and one is in deep waters. In the Holy Quran, God draws attention towards this phenomenal matter that responsible citizens and true believers are those “who shun all that which is vain” (23:4).

The Arabic word laghw, which is used in this verse connotes all forbidden (haram), unpleasant and abominable things. It also signifies a vain, foolish, worthless or careless talk or speech or that which one utters without seriously meaning it; vain act or an act done carelessly; deviation from the right path; and foolish joking.

Unnecessarily and unconstructively criticising others, spreading fake news and misinformation, lying about others, as well as maligning others, are all acts of hatred and malice, and are below the dignity of a responsible citizen. 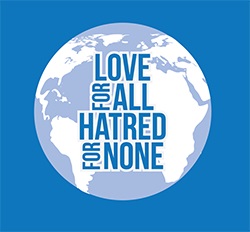 The spirit of mutual respect and regard for the sentiments of others is the means of establishing peace in the society and indeed in the whole world.

It is evident that we must demonstrate good and virtuous conduct and behaviour whenever we speak or write anything. Good, virtuous conduct is that in which there is not even the slightest thought of any kind of excess or wrongdoing, or conceit, or ostentation.

The values of respect, decency, care, politeness and truth should be our hallmark. Because, without good deeds or actions, man is like a tree whose beautiful green branches have been cut off to make it look disfigured.

I think, it is highly essential to make good use of this freedom of speech and rather than spreading hatred and malice, we must use the available mediums for the common and greater good of all humanity.

Every person has the right to express himself, and to have a difference of opinion or to disagree with others’ thoughts and ideologies. However, it should not be at the cost of injuring the sentiments of others. And words needs to be selected carefully, wisely and rationally.