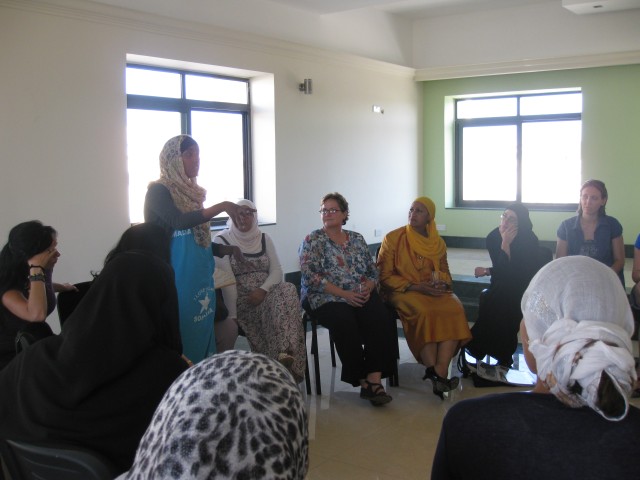 During her visit to Malta, organised by the US Embassy Malta, Mrs. Tayyibah Taylor the founding editor-in-chief and publisher of Azizah Magazine, an award winning publication http://www.azizahmagazine.com/ had a round table discussion with Muslim women in Malta. Mrs. Taylor is a prominent scholar and activist. Through Azizah, Tayyibah Taylor has realized her vision of providing a vehicle for the voice of Muslim American women – a vehicle that portrays their perspectives and experiences, and shatters commonly held stereotypes. She was named to the 500 Most Influential Muslims in the World list by the Middle Eastern think tank The Royal Islamic Strategic Studies.

On Wednesday 7, September she met with some Muslim women living in Malta and had a round table discussion with them. In her presentation she introduced the audience about her long journey and hard work. She said she felt the need to work hard to give voice to women, and through her life experience she managed to do so. She also discussed some of the problems the women face in their daily life.

After her presentation the audience also took part in the discussion and highlighted some issues. This event was attended by women of different faiths and backgrounds and all they made their important contribution to this event. Mrs. Atif attended the event on behalf of women members of the Ahmadiyya Muslim Jamaat.