Sowing the seeds of peace through mutual Respect 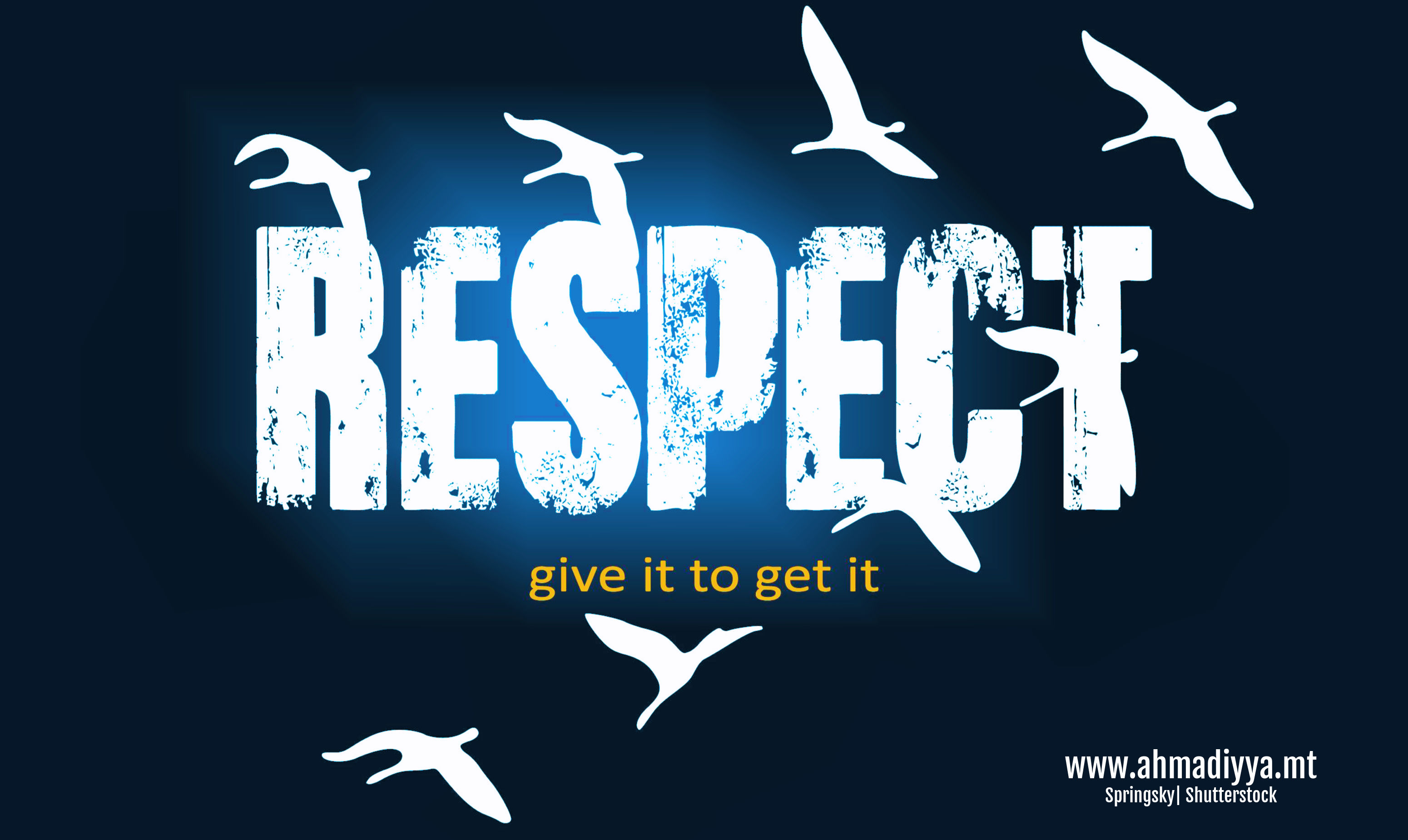 In this day and age when the world has literally shrunk to a global village in a way that could not have been imagined previously, we must realise our responsibilities as human beings and should try to pay attention towards spreading peace, love and brotherhood amongst one another. In addition, it is also important to show respect for each other’s religious feelings and sentiments.

When someone hurts another’s feelings by uttering disrespectful words against their religion or against their holy personages, it leads to creating tensions and conflicts between people. Such uttering does not benefit humanity in any way. What can be the benefit of hurting such sensitivities that only increase hatred and dislike between people?

We must therefore understand that we cannot sow the seeds of peace without sowing the seeds of mutual respect between us. Together, let us build a mutual narrative to always show respect for each other, for each other’s religions as well as for the holy personages, God’s messengers and to the founders of all religions.

The Holy Qur’an states that God has sent His Messengers to every nation to show them the right path – the path that leads to Him. Furthermore, the Holy Qur’an declares the piety and truthfulness of every prophet. The Holy Qur’an says:

‘And for every people there is a Messenger. So when their Messenger comes, it is judged between them with equity, and they are not wronged.’ (10:48)

‘Verily, We have sent thee with the truth, as a bearer of glad tidings and as a Warner; and there is no people to whom a Warner has not been sent.’ (35:25)

In light of these verses from the Holy Qur’an, it is clear that Islam categorically states and emphasizes that throughout human history, in every time and in every part of the world, God has been taking care of the religious and spiritual needs of human beings by sending messengers to deliver the divine message to their respective people.

This sense of mutual respect and honour for all the messengers and founders of the world religions lays the foundation for universal brotherhood, harmony, tolerance and peace, something which is fast disappearing from the world.

As Muslims, we respect and honour all the prophets and messengers (peace be upon them all). We believe all of them to be the messengers sent by the Almighty God and we do not say anything disrespectful against any of them. However, we are deeply saddened when we hear baseless, untrue allegations against our beloved Prophet – Muhammad (sa).

No founder of any religion has taught his disciples to deny the rights of others or to act in a cruel manner towards other human beings. Islam teaches us to show unconditional respect towards all the prophets of God, makes it imperative on Muslims to believe in all the prophets who have been mentioned in the Holy Bible or the Holy Qur’an, and to make no distinction between the messengers of God. [1]

Therefore, in order to maintain peace in society, it is necessary for everyone to eliminate all sentiments of hostility from their heart and to increase their levels of tolerance. There is a need to stand in defence of the respect and reverence of each other’s Prophets.

Hazrat Mirza Ghulam Ahmad (as), the Promised Messiah and Mahdi, the holy Founder of the Ahmadiyya Muslim Community has emphasised on this approach to attaining peace in the world, which is based on the true teachings of Islam. He says:

Therefore, people subscribing to this kind of belief—who defame the prophets of other nations by declaring them false—are always enemies of peace and harmony, because there is no greater mischief than abusing the elders of other nations.’ [2]

If we analyse the current international situation, we realize that the world is going through times of uncertainty and great turmoil. This requires that we create an atmosphere of love and affection so that we can remove the tension and fear, deliver a message of love and peace to all those around us, learn to live in far greater harmony than ever before and therefore create a better life and become acquainted with the true values ​​of humanity.

Indeed, respect is a core principle for building harmonious cohesive societies. Therefore, let us all build a new world, a caring and loving world, by sowing the seeds of peace and harmony through mutual love and respect.

It is my fervent prayer that all of us understand our responsibilities and together play our effective roles in spreading peace, love, brotherhood and respect among all people and in turn strengthen our relationship with our Creator. Ameen.

About the Author: Laiq Ahmed Atif is currently serving as an Imam of the Ahmadiyya Muslim Community in Malta. He is a very regular writer in national and international newspapers and journals, in Urdu, Maltese and English.